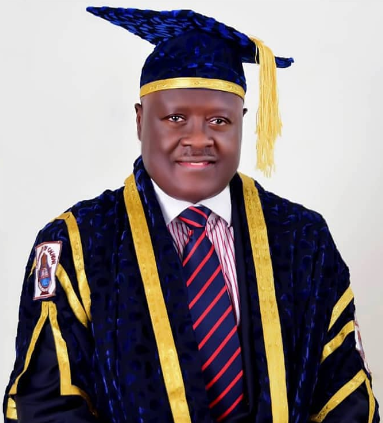 Gen. (rtd) Martin Luther Agwai CFR GSS psc(+) fwc is a retired Nigerian Army Officer who served as Chief of Army Staff (2001-2003) and latter, Chief of Defence Staff between 2006 and 2007. He was born into the family of Mr and Mrs Agwai Gidan Mana (a police constable) of Gidan Mana, Kachia Local Government Area of Kaduna State in 1948. Gen. Agwai (rtd) is an astute administrator whose leadership credentials started manifesting in 1967 when he served as President of the Fellowship of Christian Students at Government Secondary School, Zaria. Gen. Martin Agwai (rtd) attended the Native Authority School in Jaban Kogo but later moved to the Sudan Interior Mission School, Kurmin Musa, all in Kaduna State. ...He is an alumnus of many educational and training institutions including the Nigerian Command and Staff College, Jaji, British Army Staff College, Camberle, and the United States Army Armor School, Fort Benning, Georgia. Gen. Agwai (rtd) is a seasoned military officer with two Post-Graduate Diplomas in Public Administration with distinctions in each of them from the Administrative Staff College of Nigeria and National Defence University (NDU), Washington DC. The NDU also awarded him a Master of Science degree in National Resource Strategy. He holds the reputation of being the first non-American graduate of NDU to receive the prestigious Ambassadors Award for excellence in research and writing. Before joining the Nigerian Army, he served the defunct North Central State Ministry of Land, Surveys, and Country Planning briefly. After his commissioning into the Nigerian Armed Forces in 1972, he rose through the ranks and was promoted to the rank of a Four Star General in 2006. Gen Agwai (rtd) has held several positions including Chief of Training and Operations of the Nigerian Armed Forces and Director, Military Training at the Nigerian Defence Academy, Kaduna. Between 1993 and 1996, Gen. Agwai (rtd) was given a diplomatic appointment as the Nigerian Defence Adviser at Harare, where he covered the whole of the Southern Africa subregion. He was appointed the Deputy Force Commander of the United Nations Assistance Mission in Sierra Leone in 2000. Other positions occupied by Gen. Agwai (rtd) are Directing Staff and Chief Instructor at the Command and Staff College Jaji - Kaduna, Nigeria; the Deputy Military Adviser at the United Nations Headquarters, New York; Chief of Army Staff (2001-20030), Chief of Defence Staff of the Nigerian Armed Forces (2006-2007), and later, Commander of the combined United Nations African Union Peacekeeping force in Dafur, where he commanded one of the biggest peacekeeping operations (with approximately 20,000 troops and 6,000 police) in the world. Furthermore, Gen. Agwai (rtd) was the Deputy Military Adviser to the UN at the Department of Peacekeeping Operations in New York. His enviable military awards include Force Service Star, Meritorious Service Star, Distinguished Service Star, and Fellow of the War College. Gen. Martin Agwai (rtd) served as Visiting Professor, African Leadership Centre in the School of Global Affairs at the King’s College, London in 2015. After he retired from active military service in 2009, Gen. Agwai (rtd) has been dedicating his time and resources to public speaking and mentorship programmes, and participating in workshops and conferences where he presents papers and made other valuable contributions. He has served as a member of the University of Jos Governing Council and is a recipient of Nigeria’s national award of the Commander of the Federal Republic. Finally, Gen. Agwai (rtd) was appointed Pro-Chancellor and Chairman of the 13th Governing Council of the University of Calabar, Cross River State, Nigeria in 2021. He is married with children.